I was wondering if Elk / Sushi is able to handle ambisonic encoding / decoding via vst’s / lv2 plugins that are available.

while I only currently have the 2x2 Hifiberry ADC+ DAC pro a bigger input output count ala the elk pi board would allow for the use of such plugins provided that sushi can work with them. in the videos of such plugins people tend to be using reaper with a large channel count per track for the encoded audio (up to 64 channels in one track for 7th order ambisonics) and while 7th order is probably way overkill. I was wondering if lower order abisonics say 2/3rd would be possible internally in sushi using the multibus setting? mixing various channels of analog or digital input into one track with multiple channels then decoded into a binaural signal, or sending out to multiple outputs.

of course the plugins would have to run and they would have to do the heavy lifting i was just curious if this would be possible?

Hi,
if you had a HW with enough channels, SUSHI is perfectly capable to host e.g. a 64-track VST2/VST3 (indeed, using the multibus option for track) and then you could process all the channels from inside the plugin for Ambisonics processing.

However, getting such a multichannel HW isn’t easy right now. We are not able to produce any Elk Pi kits soon - if you want, the project is entirely open-source though, including the assembly & production documents, so anyone could try to order from a PCB assembly factory using the material here: 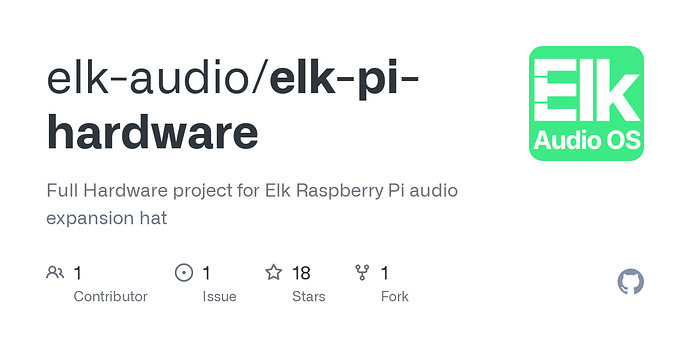 This will still be limited to 6 audio ins / 8 audio outs though, so you won’t be able to do high-order ambisonics.

With a custom HW project, you can definitely go higher (we have a customer using 256 channels atm!) but setting up such a project isn’t an easy deal.