Would someone please point me in the right direction for an optimal install with audio support in Oracle Virtualbox running on a Win 10 Pro 64-bit?

First, what do you want to achive?
Elk is all about real-time on Raspi, you cannot achieve that on windows, and definetly not in an VM. Even If you would PCIe passthrough a supported audio device to a real-time linux in your VM and do core-pinning, you will have several months of optimization ahead of you to make it work. That is, if you’re a champion in OS and driver development and virtualisation.
I’m doing audio software engineering for 15+y and did a lot of real-time virtualisation but would not dare to try this.

I just want to play around with it while waiting for Björn at Elk Audio to notify me when more of the Elk Pi / BLACKBOARD development kits are available for sale. So ask me a question that really told me about your presumptions. I know dozens of people right now playing with Fuchsia on VM, on Windows machine, set up for Linux concurrent nobody is critical of that.

When he died 18 months ago my father a surgeon and research scientist was working with me on a new use for phased ultrasound arrays using a thin-film pMUT matrix. I had just lost my mother in the fall of 2016 so I guess I shouldn’t have been surprised when I got the call about him.

I had a very hard time going back over our research but realized there is a completely different application for using phased array sensing in a music instrument design which is what led me to Elk Audio. Really begs the point, what is your motive, are you really trying to be helpful Mr “I’ve been doing audio software engineering for 15 plus years”?

I am 64 and before I was ten I had built an electric go-kart with a washing machine motor, that is 1965 - no Internet, just the base library and the help of a wonderful reference librarian. By base I mean we lived at Westover AFB near Chicopee Falls, southwestern Massachusetts. My father was an officer in Strategic Air Command during Vietnam.

A couple of years later my first science fair project in 1968 was a working model of a solar-powered electrolysis plant, converting seawater to hydrogen. I believed turbo-electric freight trains fueled by hydrogen could be a possible answer to oil dependency. My father thought it was a dumb idea, so did most of my classmates, and some adults who acted like children mocked me but I still got high marks.

Instead of pimping my personal brand, I am sacrificing everything I have to found a cooperatively based community for creatives to flourish. People who are like me but are have been discouraged from trying to be part of communities like this.

A community that features a unique set of legal instruments to protect them since we typically do not have the invisible social safety net White Men deny they have. Specifically, these are for Intellectual Property management, addressing the widespread corporate abuse of the patent system as well as the shortcomings of the free open-source paradigm within the tech industry.

An industry (to not put too fine a point on it), that leans in hard on anti-democratic, illiberal, monopolistic practices. While claiming to be new and disruptive Silicon Valley is built around tech barons who behave no different than the oil barons they are displacing, “here comes the new boss, same as the old boss”.

A culture that despite some on-trend ethnically ambiguous coloured people window dressing, a dab of performative green, pink and-or rainbow washing here and there, nonetheless remains the exclusive playground of White Males convinced their privilege is earned.

My experience with music?
My first professional job was at age 12. I remember because I saw Jimi Hendrix play at Xavier Field House. When I heard those sounds, I thought there was another instrument I couldn’t see creating it. It didn’t help that unlike most video Jimi, his expression when playing some of the most complex music was totally casual. I guess by that time he had played his own hits so often he could do it in his sleep, but oh my god, it was both the most intimidating and inspiring thing I had ever seen.

Within a few months, I had my first electric guitar, a Univox that looked like a Mosrite and a Fender Princeton amp. With a few months practice, I got my first paid gig all before age 13. 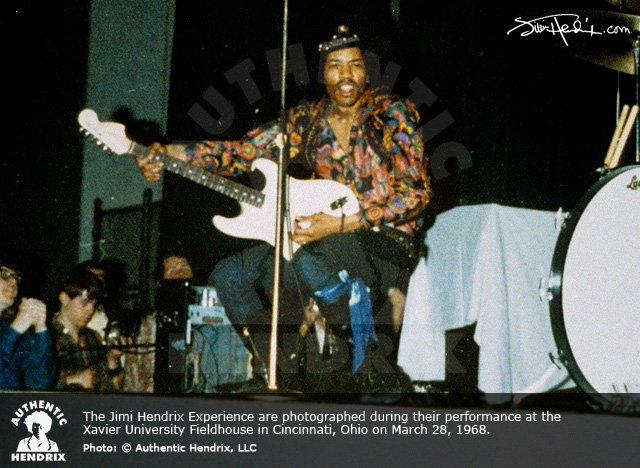 I forgot about this. It’s a photo of me pre gender transition playing at Arnold’s Bar in Cincinnati back when Jim Tarbell owned it. That is me with I think a 1970 Les Paul Custom with the late, great James “Pigmeat” Jarrett in the foreground on piano.

Butch, me, and the rest of the band worked for free beer and always gave every dime we were paid to the old man. We felt with his talent and experience Pigmeat should have been White famous, instead of struggling to barely get by. 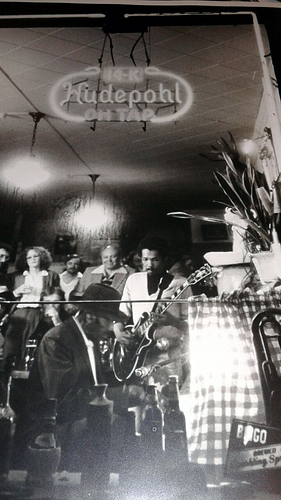 Hi @Rain,
we don’t provide prebuilt images but if you want to play around with Elk, the easiest for that would be to setup pretty much any Linux system with JACK audio and then use our prebuilt SUSHI AppImage:

Just be careful that sometimes VM & real-time audio don’t play well together, especially if you need to process input channels. A cheap workaround is to connect a USB Audio Class 1 device and redirect it over USB to the VM guest - it seems that VMs are better at handling simple USB devices than they are in virtualizing the host system’s sound card.

Thank you. So are you saying to set up the VM the same as I would for Ubuntu Desktop then install Elk OS/Sushi? Or is this a build of Sushi that can be installed on Ubuntu Desktop, making sure I have JACK installed, and in either case use a USB Audio device?

Thank you. So are you saying to set up the VM the same as I would for Ubuntu Desktop then install Elk OS/Sushi? Or is this a build of Sushi that can be installed on Ubuntu Desktop, making sure I have JACK installed, and in either case use a USB Audio device?

The second one that you mentioned. You’re only getting SUSHI and not the rest of Elk but that’s already quite a lot if your goal is to start writing some audio algorithms and the control around it using gRPC / OSC with SUSHI’s API.

The SUSHI AppImage that I linked before is using JACK as an audio frontend so if you have any JACK-capable system you can run SUSHI on top of it.

Ah, I see. Thank you for the clarification.